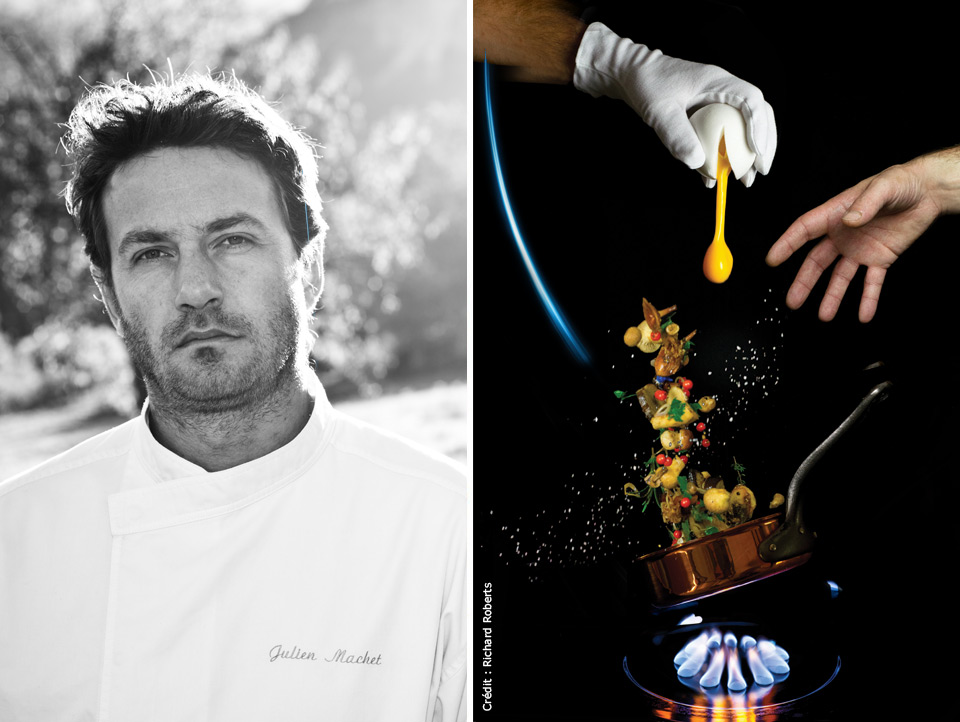 Julien Machet, asserts his chef’s soul with authenticity, both feet rooted in the family and Savoyard soil; his mind open to singular encounters, to cosmopolitan and original influences.

Le Farçon*, a Michelin-starred gastronomic restaurant since 2006, is a place apart, where chef Julien Machet’s cuisine expresses itself through an ever-changing creative process. For more than 20 years, his challenge has been to make it possible to awaken taste in perpetual renewal, understandable and accessible to all, without elitism.

With his new culinary approach: the Savoyard peddler, Chef Julien Machet invites you on a gustatory stroll through the history of the Grand Duchy of Savoy, discovering Piedmont, the Valais, the Bay of Nice and Sardinia…

To discover the Grand Duchy of Savoy

Your Savoyard peddler: Chef Julien Machet invites you on a gustatory stroll that plunges you into the history of the great Duchy of Savoy.

Discover the lunch and dinner menus of Farçon*, the Michelin-starred gastronomic restaurant of La Tania-Courchevel and enjoy a taste experience full of senses! 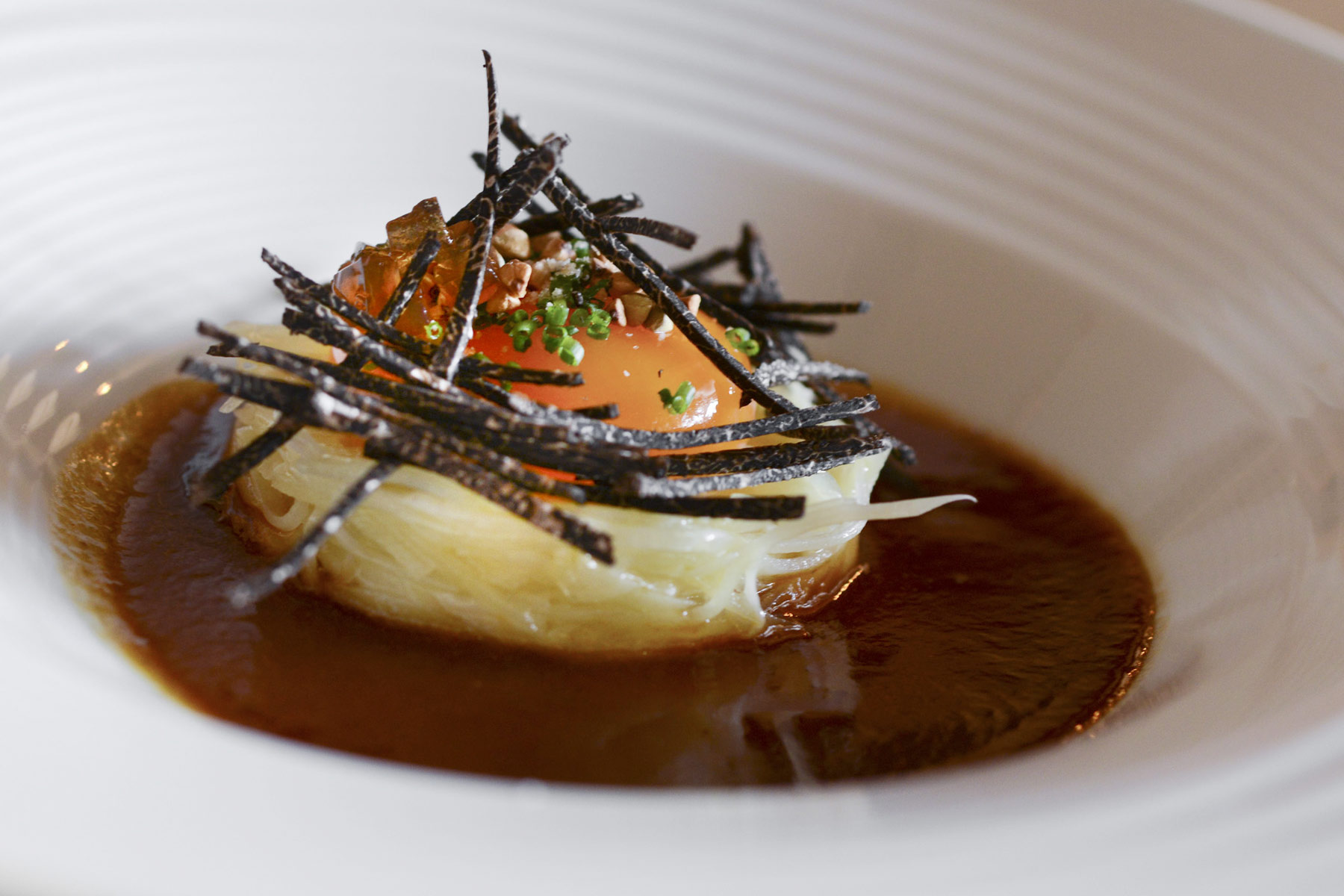 Your Savoyard peddler, Julien Machet and his brigade offer you three menus that will allow you to discover the Grand Duchy of Savoy.
Discover the lunches of the Michelin-starred restaurant in Courchevel-La Tania: Le Farçon*.
DISCOVER THE MENU
The menus change regularly according to the seasons and arrivals.

To discover with family or friends 88€

Your Savoyard peddler, Julien Machet and his brigade will help you discover the Grand Duchy of Savoy.
Three itineraries are proposed for lunch: the Tommes route, the Salt route and the Grand chemin ...
Looking for a tasting experience full of senses?

DISCOVER THE MENU
The menus change regularly according to the seasons and arrivals. 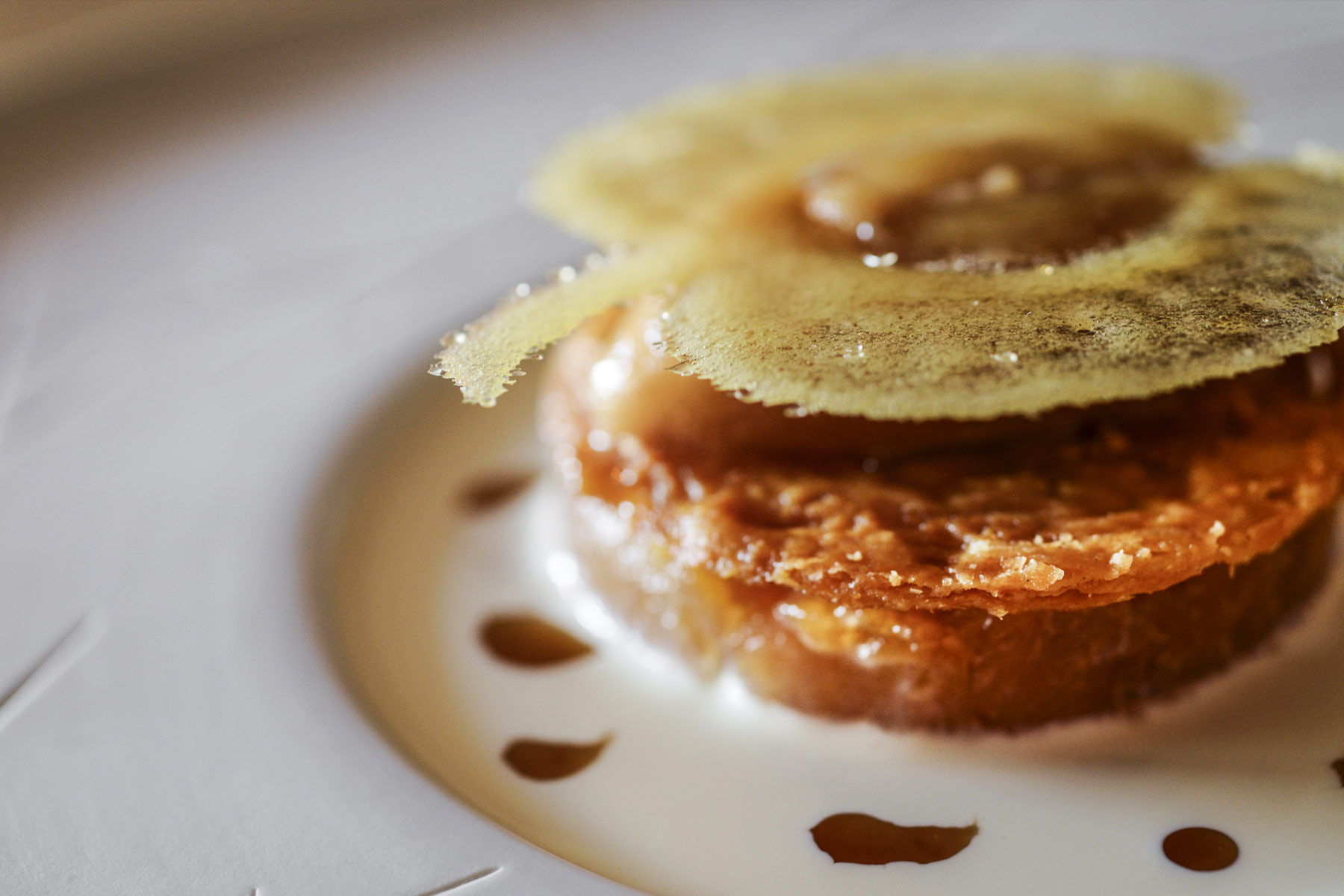 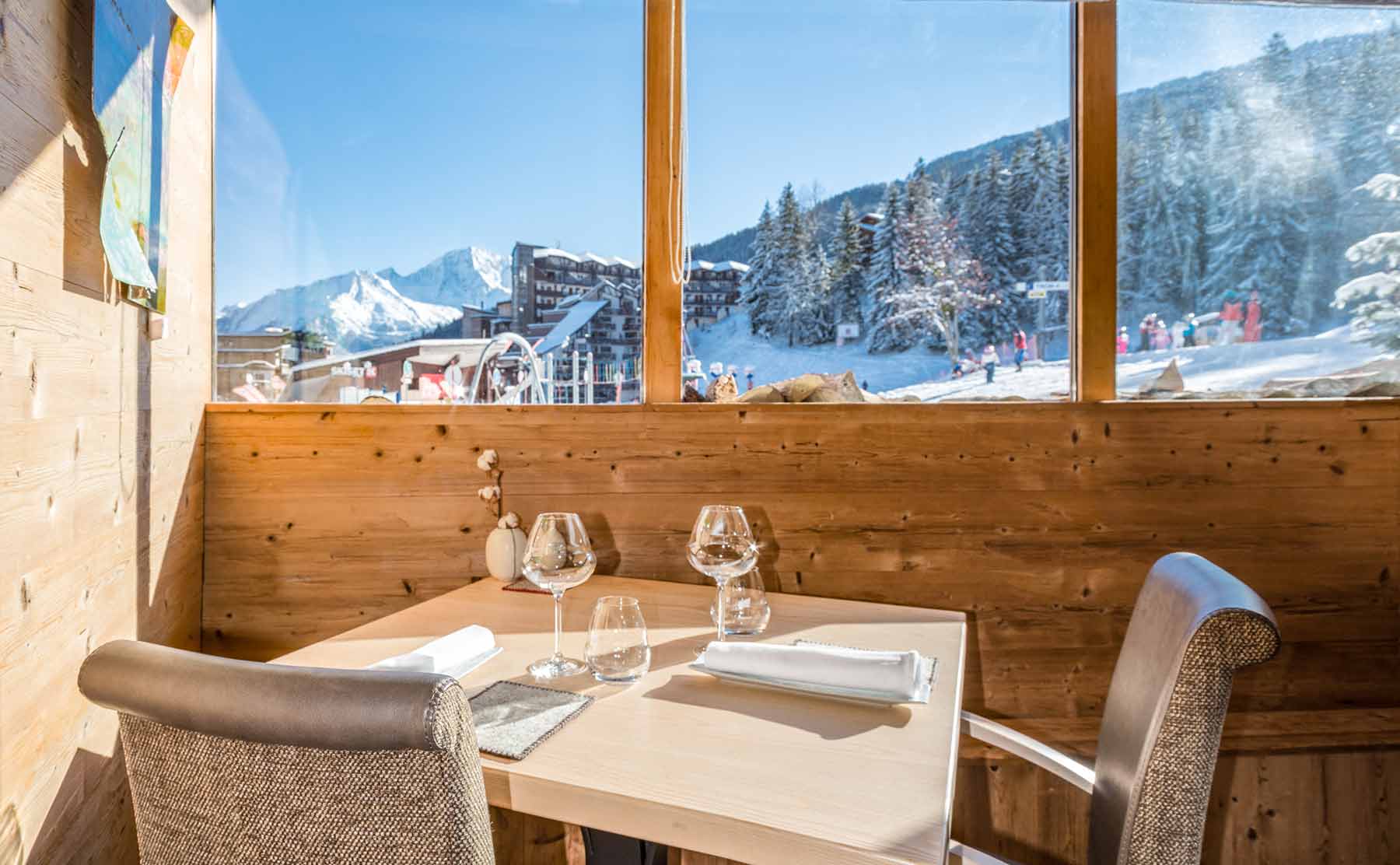 Chef Julien Machet, your Savoyard peddler, welcomes you to his restaurant Le Farçon*, at the foot of the slopes, at an altitude of 1,400 m, in a modern Savoyard setting to share his cuisine with you.

The restaurant has been awarded a Michelin star since 2006 and is located on the snow front of La Tania in the 3 Valleys area between Méribel and Courchevel.

The story of Le Farçon began on 27 December 1990 in the heart of the resort of La Tania, the latest addition to the 3 Valleys, the little sister of the giants Courchevel and Méribel. The arrival of Chef Julien Machet in 2000 at Le Farçon gave a new impetus to the restaurant, leading to a radical change in the menu in 2003, propelling the small traditional restaurant, formerly a crêperie, towards new culinary horizons.

The soul, passion and talent of Chef Julien Machet has enabled Le Farçon to be taken off the beaten track and onto the path of the stars.

No products in the cart.